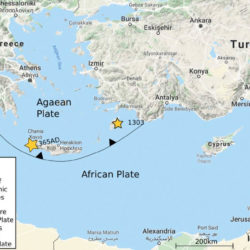 The Sulawesi earthquake should not have produced tsunamis, but it did. Ben Johnson speaks to Professor James Jackson about how it happened, and how we could prepare for future incidents On 28th September 2018 at around 3pm local time, the residents of the city of Palu, Indonesia felt an earthquake of magnitude 6.1. Damage to several buildings was sustained, ten people were injured, and at least one person was killed. Three hours later, an earthquake 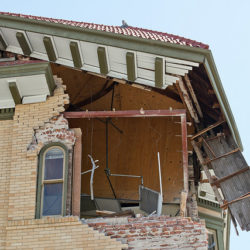 Seán Thór Herron talks to Dr Emily So about preparing for earthquakes in urban areas At a quarter to three on Friday, 11th March 2011, as the citizens of the Honshu island of Japan were looking forward to the weekend, tectonic stresses caused a massive slip on the ocean floor off the East coast. The sea floor jerked as much as ten metres upward and fiftymetres horizontally. The rupture length

Ollie Stephenson explains why the fracking debate is far from simple “I’m not a pessimist.  I’ve always had a great deal of faith in people that we won’t succumb to frenzy or rage or greed. ­ That we’ll figure out a solution without destroying the things that we love. I have not lost that sense.’’ So begins Josh Fox’s 2010 film, Gasland, which shot the practice of hydraulic fracturing, or fracking,