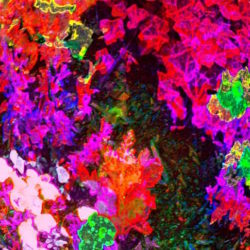 Antonina Kouli and Bart Nieuwenhuis report on the CamBRAIN panel discussion of psychedelic drugs’ medical potential As strange as it sounds today, psychedelic drugs like LSD and psilocybin (magic mushrooms’ active ingredient) showed great clinical promise in the early 1960s. Several early scientific papers suggested that psychedelics could be used to treat psychiatric disorders and even for pain relief. However, the simultaneous rise in psychedelic use by the public at